Dubrovnik is situated in the very south of Croatia and can be reached by boat from several Croatian ports as well as the port of Bari in Italy. Dubrovnik has no direct ferry connections with other nearby countries such as Montenegro, Albania, Turkey or Greece. 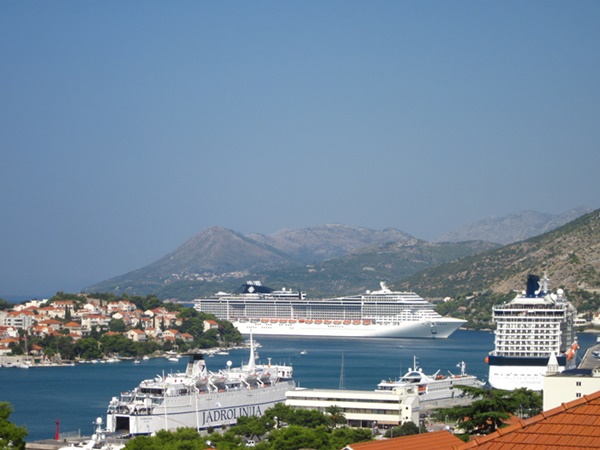 KRILO company offers modern high-speed catamaran between Dubrovnik and Split in the period from April until end of October. There are two catamaran routes with stops on the islands in between and is ideal for those who need to travel to the islands of Korcula, Hvar or Brac.

Catamarans depart from Split in the morning and returns from Dubrovnik in the afternoon. For the latest sailing timetable, prices and ticket booking visit BOOKAWAY web-site.

Jadrolinija operates modern catamaran from Dubrovnik to Split with stops on Korcula, Hvar and Brac islands. This catamaran is ideal for day trip to the islands as it departs from Dubrovnik early in the morning and returns in the afternoon hours.

The service is available from end of May until end of September. Detailed sailing timetable and ticket prices can be checked on JADROLINIJA web-site. 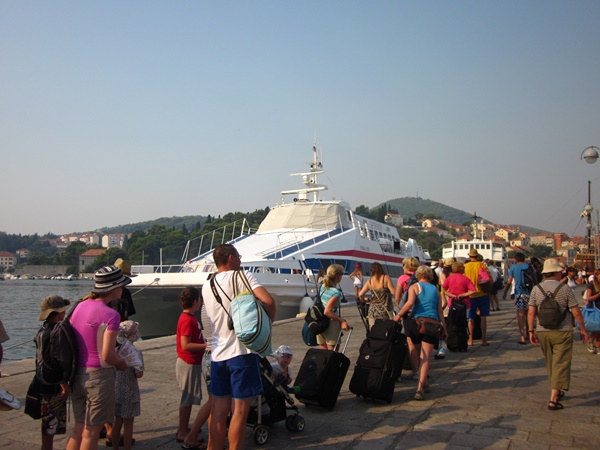 During the summer time this catamaran also sails to the islands of Korcula and Lastovo. Catamaran is passenger only and is ideal for making a day trip to the island of Mljet. Tickets can be purchased on the day of travel in front of the ship or online. 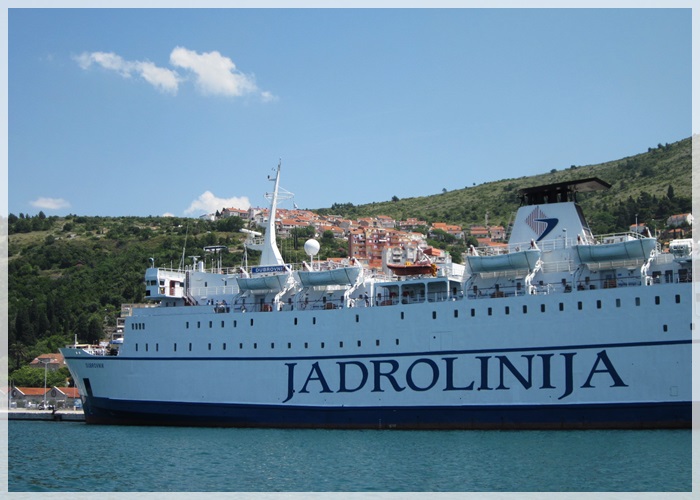 Croatian state company Jadrolinija operates ferry between the port of Bari in southern Italy and Dubrovnik. This route is only seasonal - from April until the end of October. This ferry is convenient for those who travel from southern Italy to southern Dalmatia. 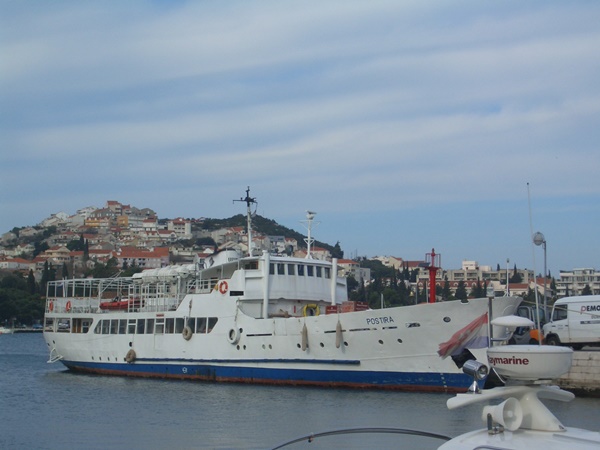 Jadrolinija operates the passenger boat which connects Dubrovnik with the Elaphite islands of Kolocep, Lopud and Sipan. This boat has several departures a day and is available throughout the year. Tickets for this boat can be purchased from JADROLINIJA ticket office in the port or online. 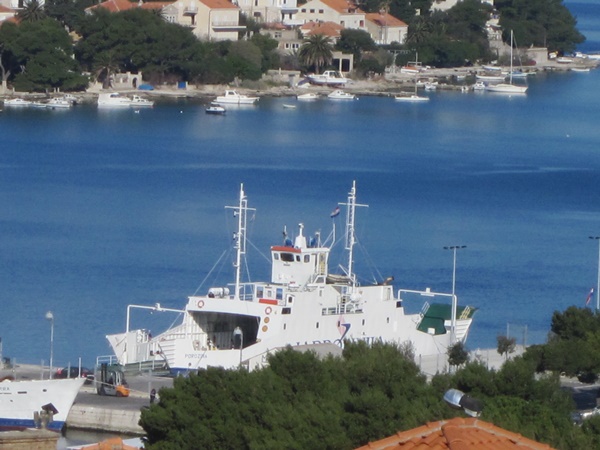 There is a car & passenger ferry operating between Dubrovnik and Sudjuradj on the island of Sipan. This ferry has several departures a day and is only car ferry to the Elaphites. Tickets for this route can be purchased from Jadrolinija ticket offices as well as online.