The beautiful city of Dubrovnik with its unique City walls and the island of Hvar near Split are both among the most popular travel destinations in Croatia.

The easiest way of reaching Dubrovnik from Hvar Town is to take one of the daily catamarans sailing on this route. There are 3 different companies offering this services: Krilo, TP Line and Jadrolinija, with sailing time ranging from 3 hours to 3 hours 50 minutes.

To help you to decide which one is the most convenient for you, we compiled useful info about each of these catamarans in the text below. 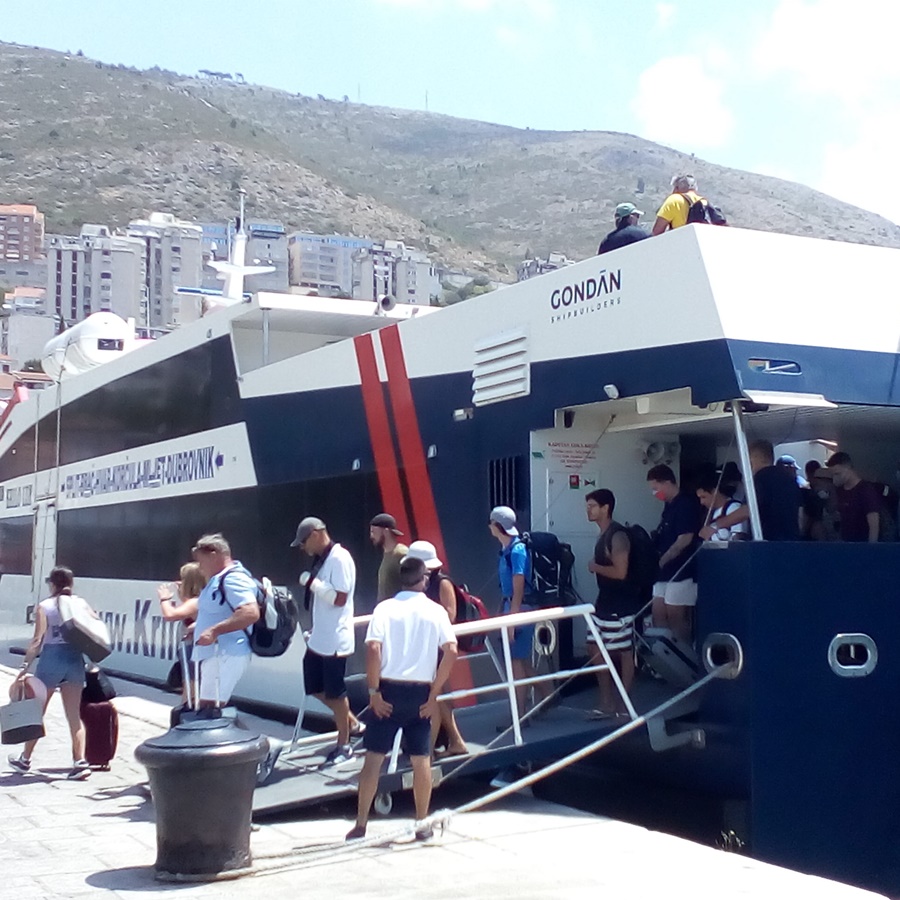 KRILO CATAMARAN is the most popular catamaran sailing from Hvar to Dubrovnik due to the fact that it leaves at 8:50 a.m. and arrives to Dubrovnik mid-day. Catamaran also stops in Korcula Old Town as well as Pomena on the island of Mljet.

This service is available daily from April until the end of October. Catamaran sailing on this route is comfortable modern high-speed catamaran. Catamaran returns from Dubrovnik at 4:30 p.m. arriving to Hvar Town 3 hours 10 minutes later.

Use Bookaway to find the latest sailing timetable, prices and book your ride easily online.

Another option of getting from Hvar to Dubrovnik is by taking TP Line catamaran which operates daily during the summer season. Travelllers can catch it from Hvar Town pier at 10:45 a.m. Arrival to Dubrovnik is 3 hours 50 minutes later (at 2:35 p.m.).

If you are travelling in the opposite direction, from Dubrovnik to Split, catch it from Dubrovnik port at 3:15 p.m. You can check availability and book your tickets easily online!