Getting from Split to Hvar
(Hvar to Split)

Travellers can travel from Split to Hvar Town (only foot passengers), Stari Grad and Jelsa by catamaran/ferry or passenger boat depending on the route.

In the text below find more information about each of these options of travel between Split and the island of Hvar.

KRILO operates catamarans from Split Port to Hvar Town all-year round with more frequent services during the tourist season (April until end of October) when they have daily around 6 departures. The journey time from Split to Hvar is around 1 hour. This route is operated by fast and comfortable high-speed catamarans equipped with reclining seats and onboard bars.

Some of these catamarans continue their journey to the island of Korcula (Korcula Town and Prigradica) and Mljet (Pomena) as well as the port of Dubrovnik in the south.

We suggest you to book your catamaran ride in advance as this route is among the most popular one on the Croatian coast. 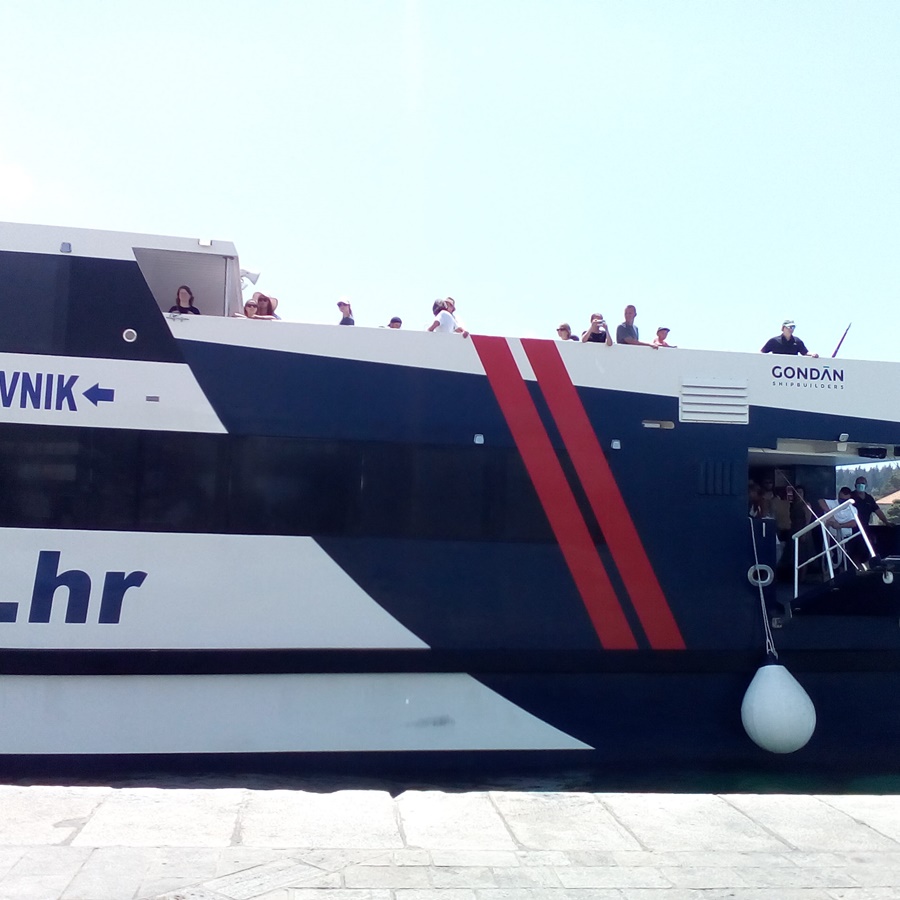 TP LINE operates catamaran route from Split Port to Hvar Town from mid-April until mid-November with several departures daily. The service is more frequent during the summer months when they have daily 4 departures in both directions. The journey time is around 1 hour.

Check sailing times, book your tickets and save your time & money!

JADROLINIJA operates several catamarans/passenger boats between Split Port and the island of Hvar (Hvar Town and Jelsa). Passengers can choose from 4-5 daily departures on this route. The journey time is just over 1 hour.

Some catamarans continue their sailing to the islands of Korcula (Korcula Town and Vela Luka) and Lastovo (Ubli).

Getting from Split Airport to the island of Hvar

Split Express runs once a day service from Divulje (the port near Split Airport) to Hvar Town on Hvar in the summer months (mid-June to mid-September).

Getting from Split to Hvar island by car ferry

JADROLINIJA also runs car ferry route between Split and Stari Grad all-year round with several departures a day. During the summer, departures are even more frequent. Travellers can choose this line either if travelling by car or on foot.

There is also a car ferry service from Drvenik on the mainland (about 30 km south of Makarska) to Sucuraj on the eastern tip of Hvar. This service operates several times a day, year-round with higher frequency in the summer months. The journey time is 35 minutes.