Dubrovnik is a town with many museums and those who would like to learn more about Dubrovnik's rich history and culture should definitely visit them.

Most of them are situated withing City walls and you will for sure enjoy exploring them while in Dubrovnik. Dubrovnik Card includes free visits to most Dubrovnik museums. 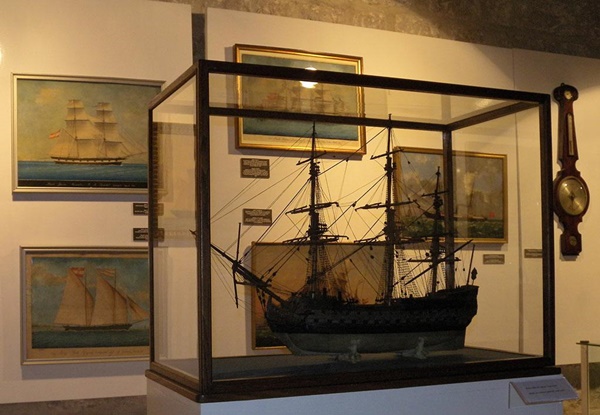 Etnographic museum is housed in the building of the Dubrovnik Republic' granary, knows as Rupe. The holdings of the Etnographic Museum of Dubrovnik have some six thousands five hundred objects of the ethnographic heritage of the Dubrovnik region (Dubrovacko Primorje, the Elaphite islands, Konavle, Mljet, Lastovo, Peljesac, Korcula, Rijeka Dubrovacka and Zupa Dubrovacka), the Croatian people and the nations of the surrounding states.

In the past the Republic of Ragusa was one of the leading navies in the world. If you wish to explore this part of Dubrovnik's history, you should visit the Maritime Museum.

It was founded in 1949 and it is located in the St John's Fortress in the old city harbour. The museum holds a great variety of written documents, old editions and books, pictures of ships, parts of equipments, ship's instruments and much more. Dubrovnik Maritime museum is believed to be the richest one in Croatia.

The Dubrovnik Natural Science Museum was founded in 1872 by the apothecary Antun Drobac, who built it around his own private collection.

This museum owns some extraordinary valuable exhibits, as algae herbarium collected by naturalists Matija Botteri and Marija de Cattani. Here you can discover a range of paleontological, prehistoric and anthropologic artefacts as well as rare mineralogy pieces.

The Cathedral and The Treasury

The baroque Cathedral dedicated to the Assumption of the Virgin Mary was built in the 18th century, on the foundations of a Romanesque Cathedral from the 12th century destroyed in the great earthquake of 1667.

The Treasury inside the Cathedral houses 182 relics of saints dating from the 12th to the 19th centuries. Fragments of bones of several saints and martyrs are contained in forms finely crafted by local goldsmiths, decorated with precious metals and stones, the most significant being the relic of St Blaise.


Museum of the Franciscan Monastery

A museum with the inventory from the old pharmacy of Friars Minor from 1317 is located in the cloister of the Franciscan Monastery. The ceramic objects came from Italy, France and Holland in the 15th and 16th century. It also contains various presses, mortars, an instrument for distilling water from the 14th century etc.

The Museum shows rare specimens of manuscripts and church music, valuable paintings by unknown masters, a skull relic of St Ursula from 14th century and a collection of votive jewellery.

Museum of the Dominican Monastery

This museum is located in the cloister of the Dominican Monastery. Among many exhibits, it displays some of the most important works of the Dubrovnik Painting School (15th and 16th centuries) including its most prominent representatives Bozidarevic, Hamzic and Dobricevic.

There are also collections of votive jewellery, relics, manuscripts, incunabula, valuable documents, letters from different Popes, Byzantine icons of the Virgin and Infant, and the recently restored Titian's painting depicting St Blaise, Mary Magdalene, the Archangel Raphael and Tobias. A large crucifix by Paolo Veneziano from the 14th century dominates the interiors of the Dominican Church from above its main altar.


The Synagogue and Jewish Museum

The Synagogue (1352, the second oldest in Europe) and Jewish museum are set in a building which could be reached from within the surrounding houses in what was once the Jewish ghetto.

A permanent Jewish community here was founded at the end of the 15th century following the exodus from Portugal and Spain. The Synagogue is tiny and delightful, with heavy velvet drapes and midnight blue ceiling.

The museum contains valuable menorahs and Torah scrolls, alongside information on the history of the Jewish community in Dubrovnik.

Homeland War Museum is located on the ground floor of the Imperial fort on the Mount of Srđ and the easiest way to reach it is to take a cable car ride.

The museum has around 500 showpieces from the period 1991 to 1995. Here you can see documents, photographs, weapons, war maps, part of military equipment from the period of the Homeland war in Dubrovnik.

The social history of Yugoslavia 1945-1991 is a source of increasing interest to visitors and this new venture, housed in a former factory near the port, presents the answers to many of their questions.