The port of Dubrovnik, situated in the neighbourhood of Gruz about 3 km northwest from the Old Town, is the departure point of all ferries and catamarans connecting Dubrovnik with other ports in Croatia as well as port of Bari in southern Italy.

Dubrovnik doesn't have ferry connection to any other country (Montenegro, Albania, Greece or Turkey) besides Italy.

Use Bookaway to book super fast catamarans from Dubrovnik to the islands of Mljet (Pomena), Korcula, Brac (Milna) and Hvar, plus those to Split.

In the text below you will find more details about all ferries and catamarans sailing from Dubrovnik port for making easy your travel plans. 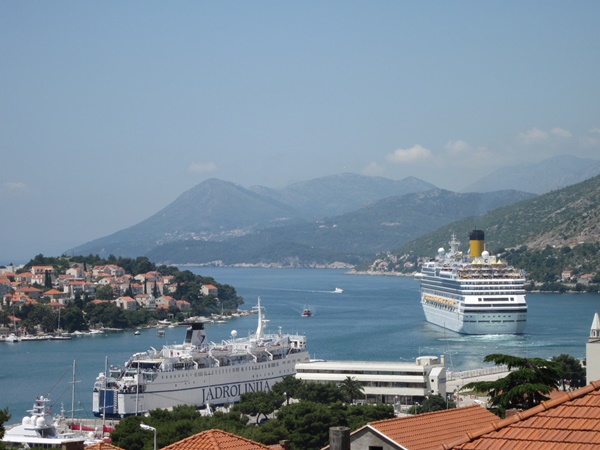 Dubrovnik ferry & cruise port is situated in the neighbourhood of Gruz

This high-speed catamaran is ideal for reaching islands north of Dubrovnik (Mljet, Korcula, Brac and Hvar) as well as Split.

This catamaran operates daily starting from April until the end of October.

Another similar catamaran route is operated by TP Line starting from June until mid-October. This catamaran sails from Dubrovnik via Mljet (Pomena), Korcula, Hvar (Hvar Town), Brac (Milna) to the port of Split.

This catamaran is ideal for making a day trip to one of the islands north of Dubrovnik. It departs from Dubrovnik in the morning, sails via islands to Split and returns the same way in the afternoon. The journey is onboard modern air-conditioned high-speed catamaran. Take this catamaran to visit the islands of Korcula, Hvar and Brac.

This high-speed catamaran connects Dubrovnik port with nearby islands all-year round. This is the most popular catamaran among visitors to the island of Mljet as it stops at Sobra and Polace, the villages on Mljet. Catamaran has morning and evening departures in both directions. During July and August catamaran also sails to Korcula Town (twice a week) and Lastovo (once a week).

This is the only car ferry between Dubrovnik and the Elaphite Islands. It runs from Dubrovnik to Sipan (Sudurad) twice a day all-year round, and stops on Kolocep and Lopud once a day. You can take this ferry if you are a foot passenger and travelling to the Elaphites.

Jadrolinija operates an overnight ferry between Dubrovnik and Bari but only seasonally (April until end of October). This ferry sails several times a week with sailing time of 7 hours 30 minutes. Taking this route is ideal if you are travelling by car between Italy to Croatia. 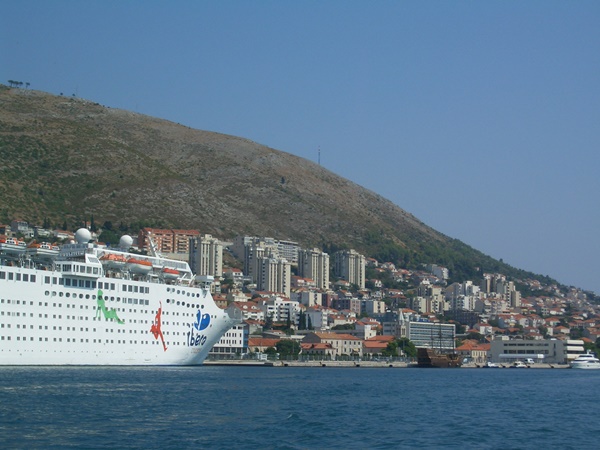 A view of Gruz port

Getting to the port

The port of Dubrovnik can be reached easily by city buses from any Dubrovnik neighbourhood:

FROM PLOCE: Take the bus no.8 and travel until you reach the bus stop in front of the Srdj department store. If you are a cruise ship passenger get off the bus at main bus station.

FROM OLD TOWN: Take any of the following buses: No.1A, No.1B, No.3 from Pile Gate and travel until you reach the port.

FROM LAPAD & BABIN KUK: Take city bus No.7 which departs from Babin Kuk and runs through Lapad. Get off the bus at bus stop in front of the Srdj department store.

You can also take bus no.6 and get off the bus at the bus stop close to the Minceta department store. In only 5 minutes' walk you will reach the port area. 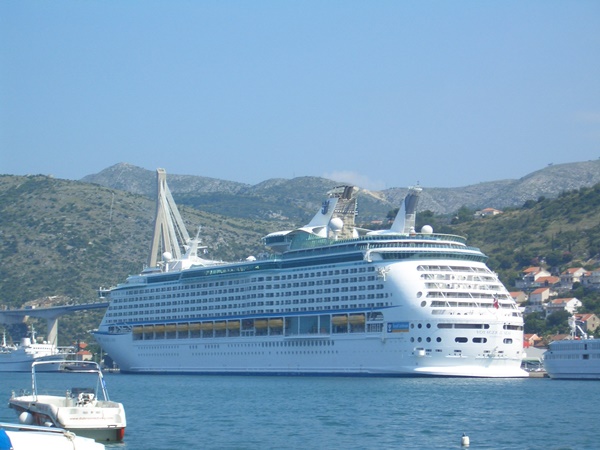 Accommodation close to the port

The Berkeley Hotel, Hotel Petka and Hotel Porto are all convenient places to stay if you are departing from the port, ideally located to catch an early morning ferry or catamaran.

In the area, you will also find a range or private accommodation facilities, from apartments, hostels to guesthouses. Use Booking.com to find the best deals and book your stay online.