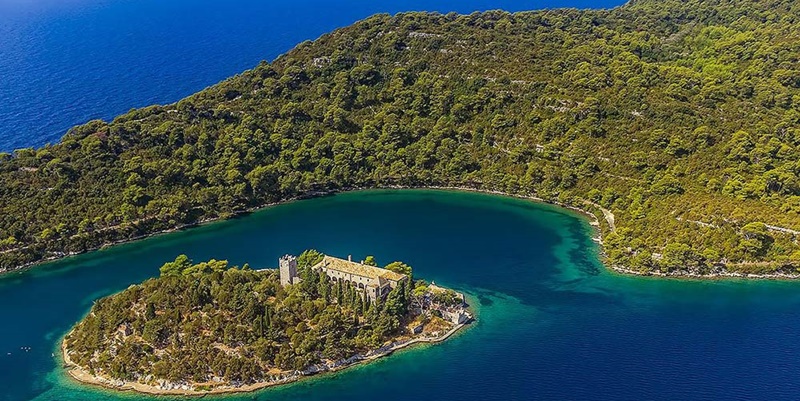 Getting to Mljet by catamaran

The easiest and the fastest way to get to the island of Mljet is by taking one of catamarans sailing to this beautiful island. Travellers can choose from KRILO and TP Line running catamarans on this route.

Catamarans from Dubrovnik to Mljet

DUBROVNIK to SOBRA & POLACE: Private ferry company TP LINE operates daily passenger catamaran from Dubrovnik to the island of Mljet with stops at Sobra and Polace.

Journey time from Dubrovnik to Sobra is 1 hour, while catamaran sails to Polace in 1 hour 50 minutes. Tickets for this catamaran can be purchased in front of the ship on the day of departure or online.

DUBROVNIK to POMENA: KRILO runs high-speed catamaran from Dubrovnik to Pomena, the village on the west end of the island of Mljet. It is located some 15 minutes walk from Small Lake of Mljet National Park and is the main entry point to the Park.

The journey time between Dubrovnik and Pomena is 1 hour 15 minutes. Check the latest sailing schedule and book your tickets online on BOOKAWAY web-site.

DUBROVNIK to SOBRA: KRILO runs high-speed passenger catamaran from Dubrovnik to the village of Sobra in the northwest of the island outside the National Park. Sobra is well connected by regular buses with other places on the island.

The journey time between Dubrovnik and Pomena is 50 minutes. Check the latest sailing schedule and book your tickets online on BOOKAWAY web-site.

Catamarans from Korcula to Mljet

Above mentioned KRILO catamarans stops on the island of Korcula from where you can catch them to reach Mljet. They operates during the summer season. TP Line also sails from Korcula to Mljet but only in July and August.

Catamarans from Split to Mljet

With KRILO catamarans you can reach Pomena or Sobra from Split port. Catamaran departs from Split in the morning and arrives to Mljet around 11 a.m.

Getting to Mljet by ferry

If you are drivining from Dubrovnik to Mljet you should reach Prapratno on Peljesac peninsula and from there catch a car ferry to Sobra on Mljet. This service, operated by JADROLINIJA is available several times a day. The journey time is around 45 minutes. This is the only option of getting to Mljet by car.