Experience Dubrovnik attractions: visit Rector's Palace - the most elegant palace in Dubrovnik's Old Town or visit Franciscan Monastery - famous for one of the richest libraries in the world.

Explore a range of amazing small group and private tours and enjoy unforgettable experiences in Dubrovnik with VIATOR and GetYourGuide. Book online and get BEST PRICES! 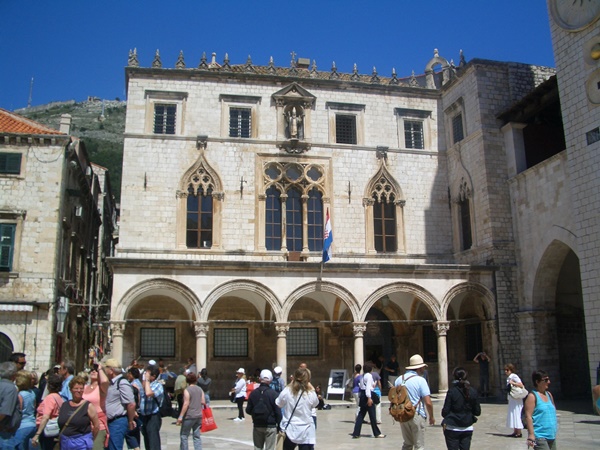 The Sponza Palace is one of the most beautiful palaces in the city. During the era of the Republic of Dubrovnik it housed the Customs Office, the State Mint, the Bank, the State Treasury and the Armoury. The structure is rectangular in shape and encloses a yard. The building blends Gothic and Renaissance styles.

Nowadays, the Sponza houses the Dubrovnik Archive, which boasts one of the richest archive collections in the world, the oldest document preserved in this archive dating from the year 1022. 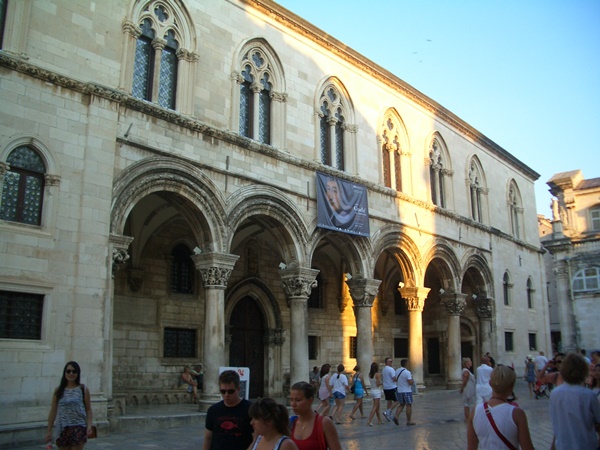 Today the Rector's Palace is a historical museum that operates as part of the city’s network of museums. The atrium of the Rector’s Palace is a venue for classical concerts during the Dubrovnik Summer Festival.

The Church of St Blaise 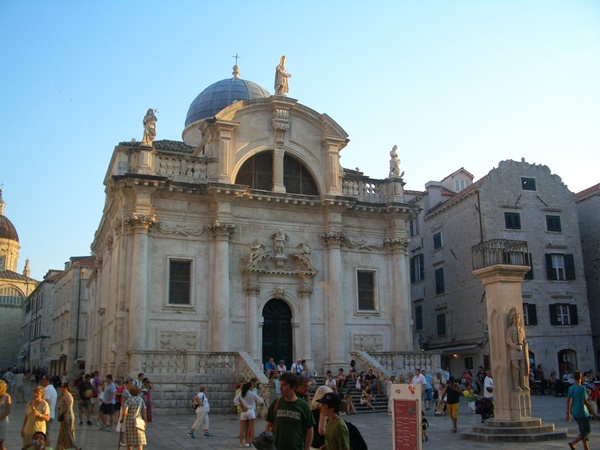 The Church of St Blaise stands on the Luza Square. This baroque church was built in 1715 on the site of an old Romanesque church.

The church has a central dome, a large ornate portal and a wide staircase in front of the entrance. The interior of the church is opulently ornamented, the multicoloured marble altars particularly standing out.

St Blaise has been Dubrovnik's patron saint and protector since the 10th century and his image is found carved in stone on many of Dubrovnik’s fortifications, as well as above the city's gates. 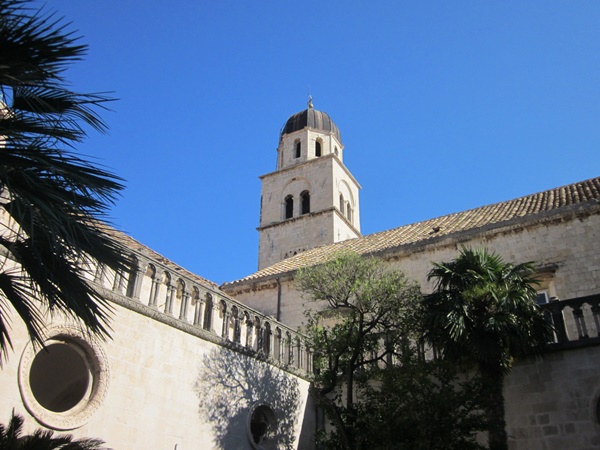 At the very beginning of the Stradun we find the Franciscan monastery complex.

Its construction began in the 14th century and within its walls is one of Dubrovnik's most beautiful cloisters. The monastery has since 1317 had its own pharmacy, still functioning today and the third oldest in Europe.

The Franciscan Monastery boasts one of the best-stocked old libraries, very valuable and highly regarded the world over.

The eastern part of the city is where the Dominican monastery complex is found, representing one of the richest treasure-stores of Dubrovnik's cultural heritage.

The interior of the church features a wealth of stone church furniture, a pulpit and Renaissance niches.

The monastery has a library with more than 220 incunabula, as well as a very diverse archive housing valuable manuscripts and documents. There is also a diverse art collection.

Dubrovnik's Cathedral as it stands today was built in 1673 and replaced the original 12th century cathedral, destroyed in the great earthquake. It has an opulent interior, with a painting of the Assumption of Mary bearing the signature of Italian artist Titian.

The cathedral vaults house gold and silver reliquaries and paintings by Italian, Flemish and Croatian artists. The treasury also houses a 11th or 12th century reliquary with the head of St Blaise. It is in the shape of a crown and decorated with medallions and precious stones.