To explore Dubrovnik attractions you can choose a variety of guided tours available throughout the year. You will make the most of your visit to Dubrovnik if you book a private guided tour.

Explore a range of amazing small group and private tours and enjoy unforgettable experiences in Dubrovnik with VIATOR and GetYourGuide. Book online and get BEST PRICES! 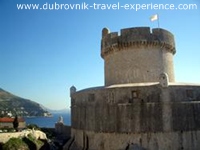 The Minceta Fortress dominates the north-western part of the city with its height and impressive appearance. It was named after the Dubrovnik aristocratic Mencetic family on whose estate it was built.

It was originally built in the 14th century as a rectangular tower and only later took on its current appearance. 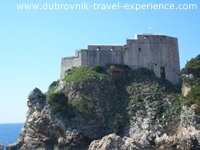 Lovrijenac Fortress is located next to the outer western walls of the city of Dubrovnik and rises up on a 37 m-high cliff. Its primary role was a defensive one. It is a historic symbol of resistance to the Venetian Republic.

This fortification is triangular in shape and has three terraces. The walls facing the sea are as wide as 12 m, while those facing the city are just 60 cm thick. Lovrijenac serves as a stage for performances during the Dubrovnik Summer Festival. 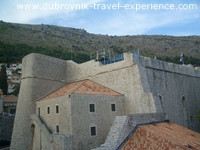 The Revelin Fortress was built in the 15th century as a separate fortress which would additionally secure the land approach to the eastern city gates.

Because of the Venetian threat a new, more substantial fortress was later built. After construction was completed, which took 11 years, the Revelin became the city's most powerful fortification.

This fortress has an irregular four-sided shape, with one side descending to the sea and the other three land-facing sides protected by a trench. Nowadays, the terrace of the fortress is the venue for performances during the Dubrovnik Summer Festival, while inside a variety of other concerts are held. 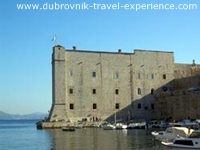 The fortress of St John is a structure on the south-eastern side of the old city harbour. This fortification watches over and protects the very entrance to the harbour.

The fortress in its current guise dates from the 16th century, with rounded, sloping walls facing the sea and sheer sides towards the harbour, displaying an array of cannon ports.

In modern times, this fortress houses the Maritime Museum and Aquarium. 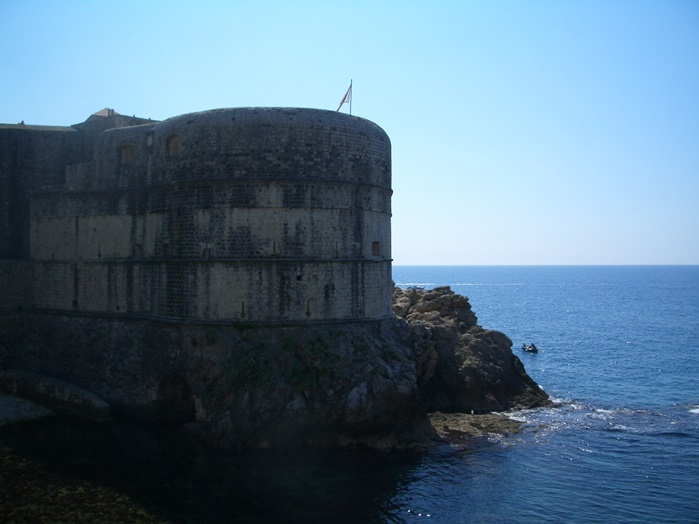 The Bokar Fortress is a 15th century circular fort which is located on the southernwestern section of the city walls. It took more than 100 years to complete it. This fortress is one of the oldest forts of its kind in the world, and in addition to its defensive role served as a prison during the 19th century.

You can see Bokar Fortress while taking a walk along the city walls. From there you can enjoy views of Lovrijenac Fortress which stands on the high rock across it. This place is also a good location from which to enjoy stunning views of the Adriatic Sea.

From the small beach next to the fortress you can see the tunnel under the fortification that has been cut through the rock is sits on. It is possible to explore the interios, where you will find several cannons.